Are you making this harder than it needs to be?

You bet you are!

Let me show you how to stop torturing yourself.

What does it take to achieve seven figure wealth as an insurance agent? Have you ever wondered why it seems so easy for some people and yet so difficult for others? Are you one of the people that believe achieving seven figure wealth is a pipe dream?

Have you ever considered the fact that it might not be all that difficult? If I told you that it was actually easy, how would that make you feel? Here is what most agents say when I ask them that same question, “It is easy for some people, but I’m not one of those people.”

Then they go into justification mode and start making excuses. They often tell me that they aren’t willing to cross certain lines or that they always do what is right for the client.

Their insinuation is that more successful agents must be doing something wrong. Their ego tells them that the only reason other agents have achieved a greater level of success is because they cut corners or work in an unethical manner.

Here is another thing I often hear from agents, “I am not the flashy salesperson type.” What is that supposed to mean? Technically, it is just another excuse insinuating that more successful agents are just fast-talking flimflammers.

Let’s just set all of those excuses aside for a moment. What if achieving seven figure wealth really was easy? If I could proof it to you beyond a shadow of a doubt, would that change how you feel?

Probably not, because you would continue justifying why you haven’t been able to do it. When something is working how do people describe it? They say, “It must be broken.” Therefore, you need to ask yourself this question. “What is broken in your plan to achieve seven figure wealth?”

Unfortunately, there are only two parts to the equation. The first part is the insurance industry and the second part is you. Yes, I just called you out! I know you probably would love to argue the point, but unfortunately you can’t for two reasons.

The first reason is that you are reading a blog and there isn’t anyone in the room to argue with.

The second reason is that down deep you know the truth. There is only one person that you can place the blame on. So, do yourself a favor and stop reading right now! That’s your easy way out.

However, you could walk over to the nearest mirror and look into it. While your there, admit to yourself that you need to accept responsibility for where you are. Make a promise to yourself that you will get out of your own way. Stop making excuses and accept the fact that you are making this harder than it needs to be!

Achieving seven figure wealth in the insurance industry isn’t difficult. It’s actually very easy! Your mental frame of mind is the only thing holding you back.

I am going to assume you stopped reading momentarily and walked to the nearest mirror.

I hope you made those promises to yourself. As your reward for taking that first step I am going to share with you some very good news. This is something that you are going to love hearing!

Here is my reasoning. We know that the insurance industry has been successful for over four hundred years. We also know that there were more people that didn’t achieve seven figure wealth than people who did.

Here is the reality, the people that never achieved a high level of success back then had excuses for their lack of success. Guess what, they are the same excuses that agents are still using to this day.

For hundreds of years, the people that failed to achieve seven figure wealth have been telling everyone that they were great sales people. They convinced others that everyone that was more successful than them was either lucky or unethical.

This is why I say, “It’s not your fault. You are simply a victim. Your career has inadvertently been overshadowed by myths. You just didn’t know it!

You are trying to jump over a six-inch hurdle that you believe is a sixty-foot wall. Why is that? Think about it, you were not born with insurance sales knowledge. Your sales knowledge came from someone else.

Unfortunately, that someone else taught you to believe that the six-inch hurdle was a sixty-foot wall. Therefore, you were left with no way of getting to the other side. The truth is that you were trained to fail when it comes to achieving seven figure wealth.

In reality, the process is actually very simple. There are six success pillars for accomplishing the achievement of seven figure wealth. You are probably missing several of them.

These pillars are like the legs of a table. Your career is that table. The more legs your have the sturdier the table. Tables need a minimum of three legs to be free standing.

If your career is not on the path of achieving seven figure wealth it is because you have four or more missing or broken pillars. Now that I have shared this knowledge with you the plan is simple.

One, get rid of the cloud of myths overshadowing the light of your success.

Two, identify your missing or broken success pillars and fix them.

It’s that simple. Here is your only problem. Now that you have this knowledge, if you don’t take action your lack of success is your fault.

I want to help you. But I can’t do it if you aren’t willing to help yourself. Here is what I will do for you. You can go to the home page of the JLS Sales Academy website and you can order a free copy of my book “Checkmate, Beat the Myths and Win the Game”

The book is an easy read and can help you identify the myths that have been holding you back. Reading the book will only take you a day or two. When you are done go back to the website and take a look at the virtual training course called “Senior Market Mastery. This course will break down the six success pillars.

Stay connected with news and updates!

Join our mailing list to receive the latest news and updates from our team.Don't worry, your information will not be shared.

We hate SPAM. We will never sell your information, for any reason. 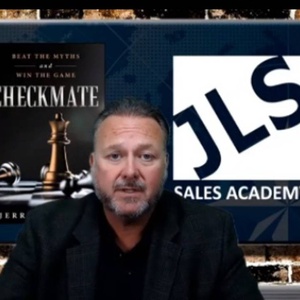 Jerry's mission is to help every insurance agent learn the strategy of achieving "Seven Figure Wealth" He has over 37 years of insurance sales experience and authored the book "Checkmate, Beat the Myths and Win the Game" 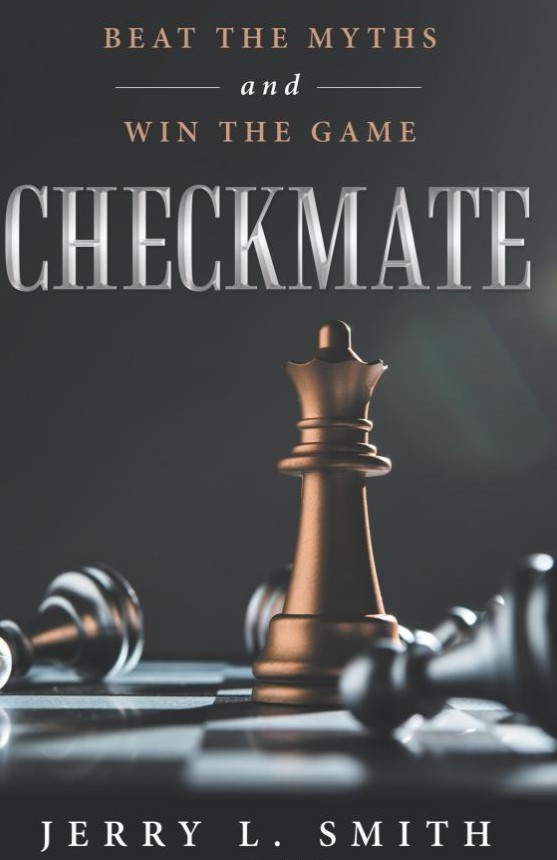 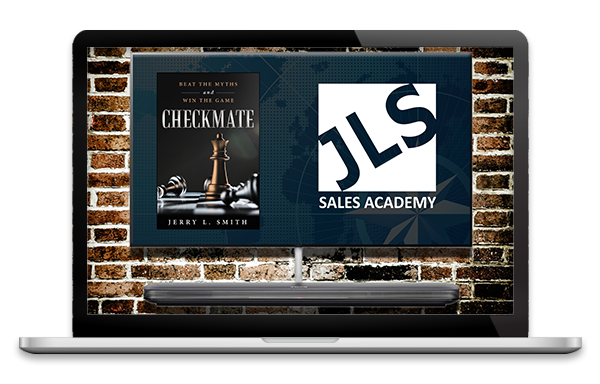 JOIN US FOR OUR NEXT FREE
SIX PILLARS OF 7-FIGURE WEALTH WEBINAR & GET OUR SCENARIO SELLING PRODUCT GUIDE NOW!